Option 5 from the TN3270 SirMon main menu presents a menu of subsystem statistics screens. This menu is also accessible by entering =5 in the command line of any SirMon screen. In RKWeb, expanding the Performance > Subsystems menu of the Monitor tab displays these statistics options in a sub-menu. 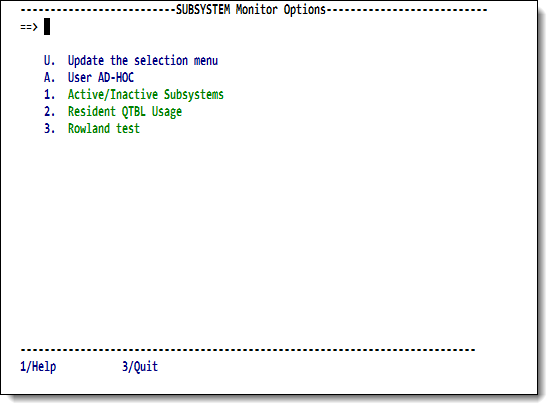 Selecting any option from the subsystem statistics menu brings you to a scrollable screen displaying specific statistics for all defined or active subsystems in an Online system. The PF1 key displays explanatory text for the given statistics.

As many as 30 locally defined screens may also be accessed from the Subsystem Monitor menu. These screens are defined by a SirMon administrator as described in SirMon custom screens.

The displayed list of subsystems can be limited with the following commands.

All Subsystem Monitor screens give the option of zooming (the PF6 key) or obtaining a detail view (the PF10 key) on an individual subsystem. To determine the subsystem for which Zoom or Detail statistics are required, the cursor must be on a valid "subsystem" line. 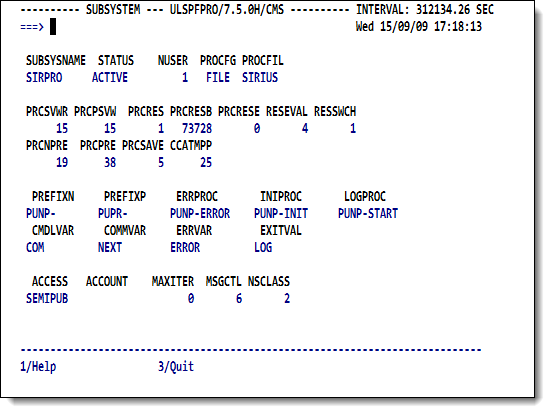 The PF3 key from a Zoom or Detail screen returns the original Subsystem Monitor screen.